A cosmonaut takes me to space, the downside of 128 crayons, playing the 21 questions excuse game, underwear rolling up inside your pants, arguing with a clapping woman, dentists are the ultimate attention whores, how cats get autism, Apostrophos returns to spill glitter and chew bubble gum, active shooter drills and why school administrators are so fucked, JP and The Dickheads Podcast vs. Not For Human Consumption, Kiwi Chris calls in to give his thoughts on the “Christchurch shooting hoax”, showing solidarity with Texas, a suicidal #MeToo in progress, Tuskegee Airmen, machine learning and other lies machines have taught me, and how to separate a man and his wife; all that and more this week on The Dick Show!

Space: the Final Frontier. And The Dick Show has conquered it. 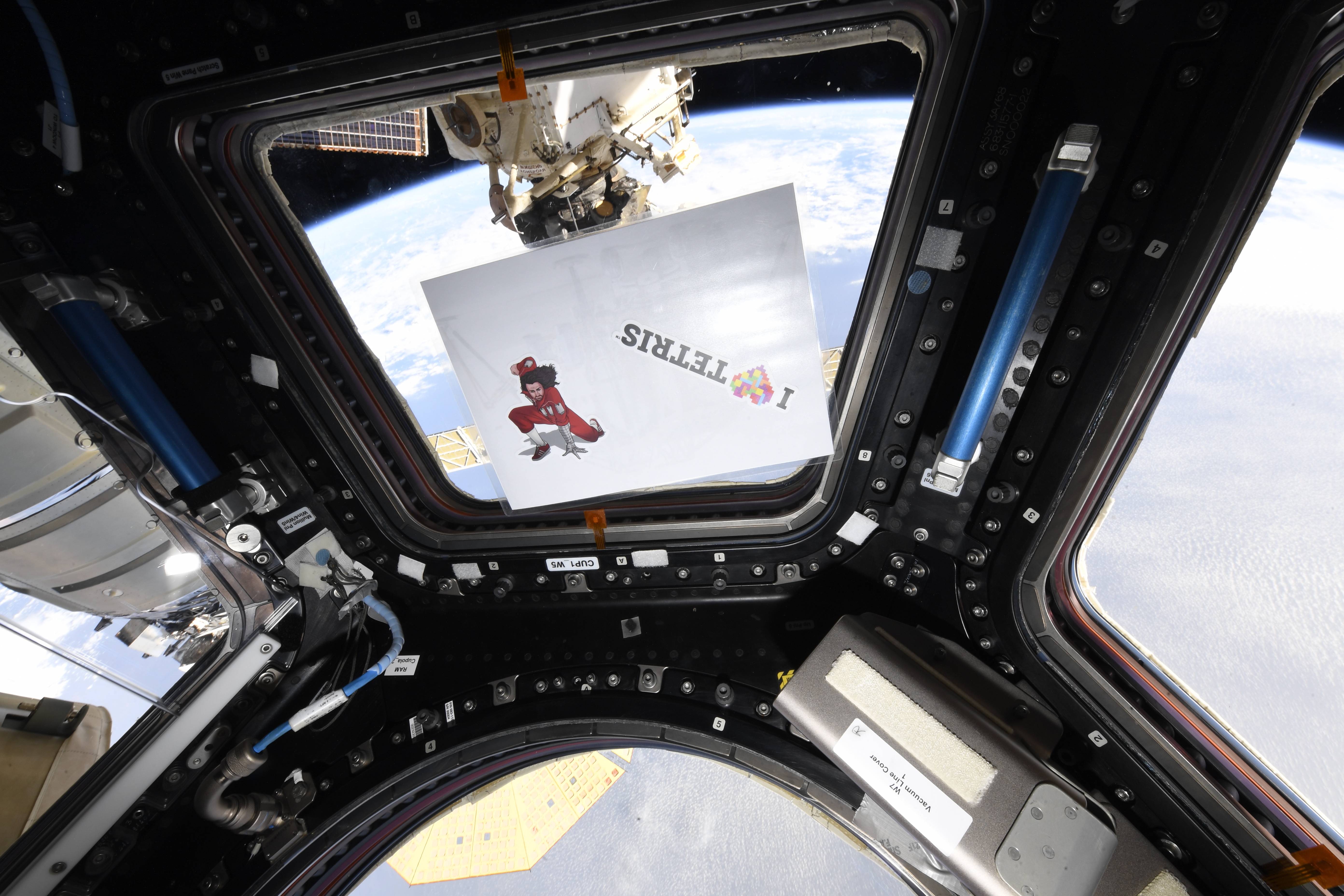 That is me aboard the International Space Station.

How did I do it? How much did it cost? Has Maddox ever had any of his shit in space?

These are questions you might be asking yourself, and they are all answered in today’s exciting episode! The mastermind of this international space stowaway calls in with tales of minor infractions and infections; great triumphs and even greater expenses. It’s one of the coolest things that has ever happened to me–let alone been on this show and I thank you for it. I wish Andy could see it.

And then Kiwi Christopher calls in. But first…

To live is to drill.

And we do in every waking moment, and even in our un-waking moments: drilling the impossible, the drill of chase and escape. Evasion, death and loss, the ridiculous, drills of pandemonium. Nightmares are active drills of horror fiction that exist for one purpose: to increase your killing power.

Dating is active an romance drill. Sex is a procreation drill. Happy? Buy a dog, they say, you need to drill for having a child. Drill the child for your obsolescence. Drill the child to drill another and so on. Drill for retirement. Increase your killing power.

Drill for work; presenting presentations on how to present in the modern workplace. Drill for play, endless slaughter and strategy and humping. Learn everything, read everything, just in case. Become lost in the sauce and embrace one of many life-affirming philosophies: life is a drill for the beyond, and then beyond that. A computer simulation of drills assembled by a higher intelligently drilling omniscience–a meta drill–created for one reason only: to increase their killing power.

Focus on the drill.

Anyway, here are the seven daily habits of highly effective survivors of an active shooter situation:

Studies show that a musical education has a positive effect on every aspect of of your cognitive and physiological functions, such as memory recall, increased confidence, and coordination. These skills will be instrumental in any active shooter situation. Plus, you never know when you’ll come across an exploding piano like in Road Runner cartoons! Take a minute and play the song in your head. I’ll wait.

Actually, that goes for any location!

Have you ever seen a movie where a guy is carrying a book in his front pocket and it ends up stopping the bullet? That shit is probably possible. They have consultants for stuff like that on Hollywood movies. Mythbusters did it.

Nothing says success like sitting by yourself thinking about the many ways in which you fucked up your life, or the many ways in which your life fucked you up. Meditate for several hours every day. Increase your meditating until you’re meditating for longer than you’re doing anything, because you’re a huge success. Dig a hole, put yourself in it, bury yourself. No one ever got shot when they were buried in a hole.

If you find yourself in the middle of being in an active shooter situation, take steps to change your situation. Don’t fuck up!

Or CrossFit or kino or whatever the fuck everyone is doing. Buy Loot Crates, get the extended warranty, stockpile toys, be affected by sad shit in the news, subscribe to everything, buy a new phone, buy another phone, buy six phones today, celebrate being right, leverage your finances until your dick falls off, pay all your taxes, learn to stop worrying about the housing crash and love Private Mortgage Insurance, post to social media, consume social media, watch Marvel movies, eat Marvel movies, fuck Marvel movies. Love yourself.

How else will you know you were alive?

“The Greatest Cover” by Savestate Corrupted

“The Tall Tale Of The Killer Kiwi” by Ethan Cantrell

“I Am a Writer” by /u/ichiroga

Thumbnail: the Gathering, by CartYoun!